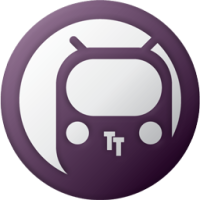 I was recently tasked with coming up with an automated build process for one of my projects. Given the available free and commercial tools on the market I decided to give RemObjects Train a try. Train is an Open Source project from RemObjects Software (one of their many Open Source offerings). Benefits of Train include:

My requirements for the build process were limited (one of the reasons I wanted a free, simple tool rather than a capable commercial tool such as FinalBuilder or Automated Build Studio):

Train ended up being a very elegant and useable solution. The scripts are easy to create and maintain – I used Sublime Text 2 with its JavaScript syntax highlighting.

In the end I created two scripts: RunTests.train and BuildRelease.train. By naming my scripts with a .train extension I was able to associate them with Train.exe and can run my unit tests and build releases with a simple double-click.

The script is pretty straight-forward. It builds release versions of my unit test assemblies using the msbuild API provided by Train (API documentation can be found here). It then defines a simple function – runTest – for running unit tests with MSTest.exe using the shell API. Finally, the function is called for each unit test assembly.

This script is a bit more complex but still pretty easy to understand. It starts by using the Train API to run the RunTests script. Because of the nature of MSTest.exe and Train.exe, if the RunTests.train script fails then the BuildRelease.train script will be aborted.

The script then uses Train’s ini API to read a configurable version from VersionInfo.ini. Next, the msbuild API is used to both update the assembly version information and build release versions of each assembly.

Next, I used the Train API to export an environment variable – ES_AppVersion – with the version information read earlier from the INI file. My Inno Setup script uses ISPP, which is installed by default if you download an Inno Setup QuickStart Pack. At the top of my Installer.iss Inno Setup script I used the following code (thanks to Carlo from RemObjects):

And then further down use the MyAppVersion ISPP macro:

This bit of ISPP macro code will make use of the ES_AppVersion environment variable set by the BuildRelease.train script to define the installer’s version.

Finally, the last lines of the BuildRelease.train script use the folder and file Train API’s to copy the created installer to a folder named after the version read from the INI file.

So far I’m very happy with Train as a simple, capable tool for automated testing and building. If you’d like to read more about Train you can refer to Marc Hoffman’s post on the project as well as the official documentation.

2 thoughts on “Using RemObjects Train for Automated Testing and Building”